FB: Welcome to the ah...twentieth?-edition of the Berklee Oral History Project. It's March 7th, 2008, and spring is breaking all over Boston, and we're all getting ready for Spring Break, and I'm talking today with Mili Bermejo who's been on a semester break and a sebatical, ah..building her farm up in southern New Hampshire. Mili's been a member of the Berklee Faculty for over twenty-three years and she's um, always has terrific ideas to share. So welcome aboard today Mili.-

MB: Thank you Fred, it's pleasure to be here today, and yes I am on sebatical, which is a really exceptional time.

FB: A time of renewal.

MB: Ay yes, it is so far.
FB: Deep thought, and gathering of your forces.

MB: Having time off not to be running around having to do things constantly.
FB: Yeah.

MB: It promises to be very, very, very ah.. creative and productive.- In a differnt way.

FB: We'll actually get to that in a little bit, but ah, let's ah.. ah, traditionally we start with a bit of biographical background and then..you know, eventually how you got to Berklee, in your case, from a couple of distant places.

MB: Biographical,-
FB: You come from a very musical family?

MB: A very musical and unusual family because it is both sides.- Father and Mother. Ah, my mother comes from three generations of musicians in Argentina, and my father too. Ehh.. I was born in Argentina, Buenos Aires. - Grew up while they were working as musicians doing Mexican music, Argentinian music, - the house was surrounded all the time by musicians. They say I was singing at three and four, and harmonizing and things. We moved to Mexico city when I was eight, and the environment changed slightly, but now it was all about Mexican music. I discoverd mariachi's on my living room-midnight-trumpets, violins, - very exciting. So yes music was kind of like.. life for us it was normal. - I would go to school and kids would say "My father is a doctor."- "My father is a musician." -Ooh. It was normal. I expected kids to have the same family background, but I mean it was the best thing that happened to all of us. All of us, five kids, all became musicians. My mother sang on stage until the very last day of pregnancy, and I truly believe that has something to do with the vibes that we all got. We all were born ah..into it already.

MB: Tuning.-
FB: Music of Soul.
MB: Just Tuning, harmonically speaking, she has such a great voice, even now, eighty-six years old she singing again in Mexico City. Ah, I do think that, -if you are inside and she is singing on stage, and she had a profound voice you know.- In tune and very soulful so..I think..

FB: Ah...anyway, also with kind of ah Sea Shift, politically, leaving Argentina which was having a lot of troubles, coming to Mexico, which was a little bit brighter and sunnier politically, and maybe ah, in other ways.- That must have had some effect as well.

MB: Yeah, well although at eight years old you don't see that yet. It was more about adapting to a differnt country.- So, at that point I had no idea, what was what, except we were taken away from Argentina, my country at that point. Adapting to being Mexican, and the first years were kind of iffy, and then, but then, I started loving it, and when I became eighteen I wanted to be Mexican, because I really learned to love it love it. My older sisters, eleven years old when she moved, had a much harder time than me and she always feel more Argentinian, I feel more Mexican than Argentinian.

FB: Were there family musical experiences? Were you performing as a kid on stage?-

MB: Absolotely. It started in Buenos Airies, my mother was doing adult music with my father, but also children's music. She was an incredible, important singer for a brand called Callicita, which ah, -a recording company dedicated to children's music. They had the most amazing chamber music and conductor/arranger that did incredible arrangements. It was such an alive type of music. Once in a while they needed a voice, a children's voice, so we started right there. - Then in Mexico, immeadiately as we came, we started working. So, we were featured, in childrens places; T.V. or Radio and that was the beginning. When I was still young; I mean I was like twelve; my sister Margie was already a Pop star. She had a show every day, television, 3.PM. She became really, really ,really, famous; Marjie. She still is in Mexico City, and she at that point, was doing Rock and Pop of the time. I was like "I wanna be like her." -but we were very differnt. She grew up very fast and I took forever developing, and I was teeny. And so, she was my role model at the beginning. So, yes always being stimulated to continue. Music was a game at home. We couldn't live without music. We were always singing. My father encouraged us, to do stuff; to arrange our stuff. So, my brother Miguel-guitarist. I was playing guitar too, and the three of us started doing stuff and experimenting, and then doing the Rock and the Pop over time.- The Latin American- we were born with it in a way. The Latin American important people like , Chau Conando, Marcel Sosa, Orel Ramirez were guests at our home. - Orch Hernando the great Peruvian, was our godmother for our first LP in Capital Records. I think I was 16 or 17. We started touring right away. So, we had a very early professional life of tour, television, acting....

MB: In Mexio City- In Mexico- and Mexico is large has great programs and festivals and stuff so we were all over the place, and we did a background. I Learned my studio chops, but being background for big stars when we were teeny, and doing Jingles. They loved us, becuase Louis, Miguel, and I had such a language, that ah Coca Cola, - if there was something they needed voices, we would be there and the arranger didn't have to do anything. Just give us the line, and there we were. - AH.
(SINGS -) or whatever... Then ..there was a Pepsi one.. (SINGS) -and you know.. it was a really rich thing. We were all over the place, and we loved practicing and being good, and my father was unforgiving about musicality.

MB: Couldn't be out of tune. The corner with the hat you know.No, No, No it was a very .. It was a language. You could not be out of tune. It was like the pemise of the house. "Don't be out of rhythm."-"Don't rush."-"Be clean on your guitar."-"Come on!"- So, ah.. religion..
FB: Awareness....
MB: Awareness...Religion almost. - Music was part of my upbrining, much before I even realized it. Much before I went to music school. 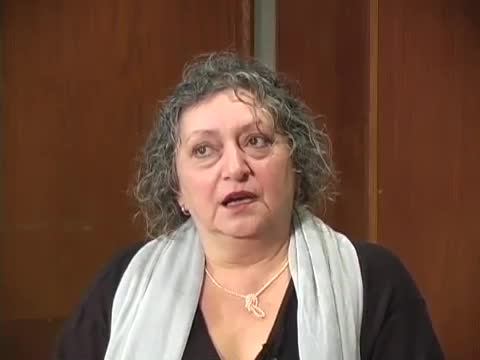 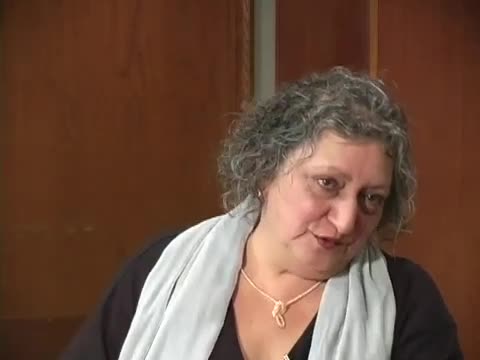 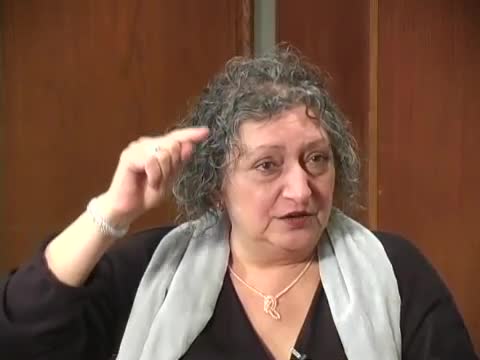 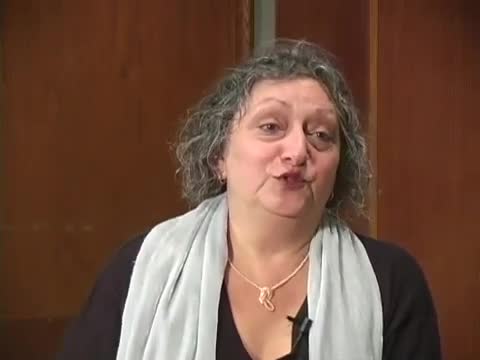 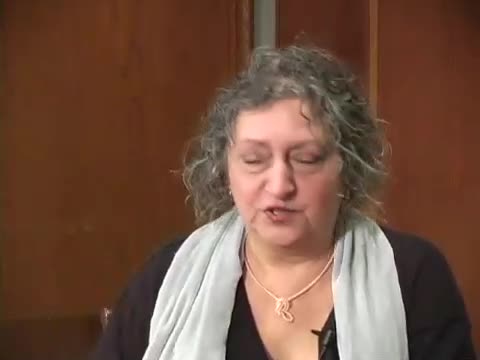 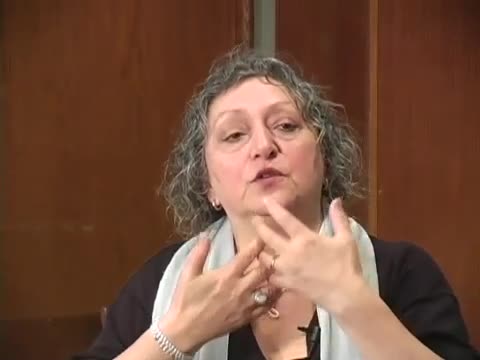 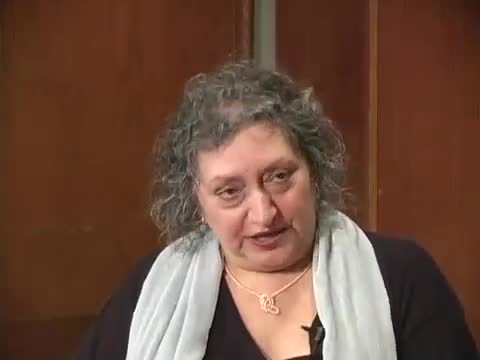 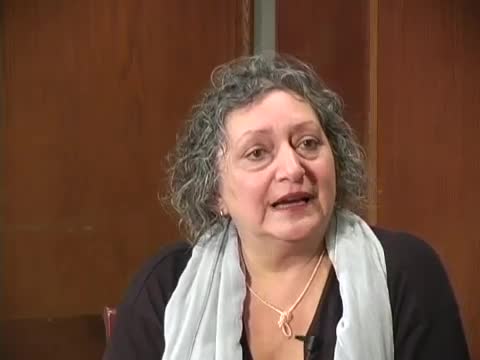 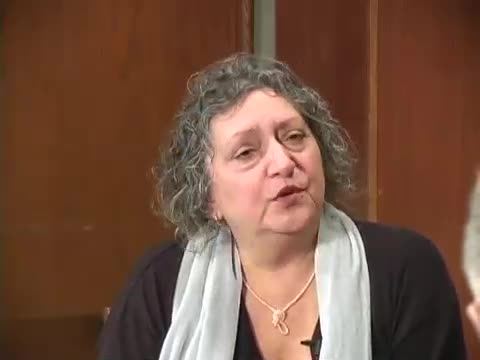 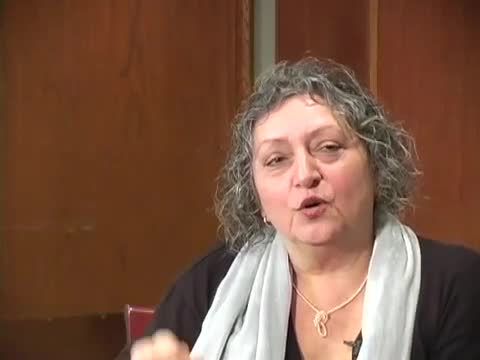